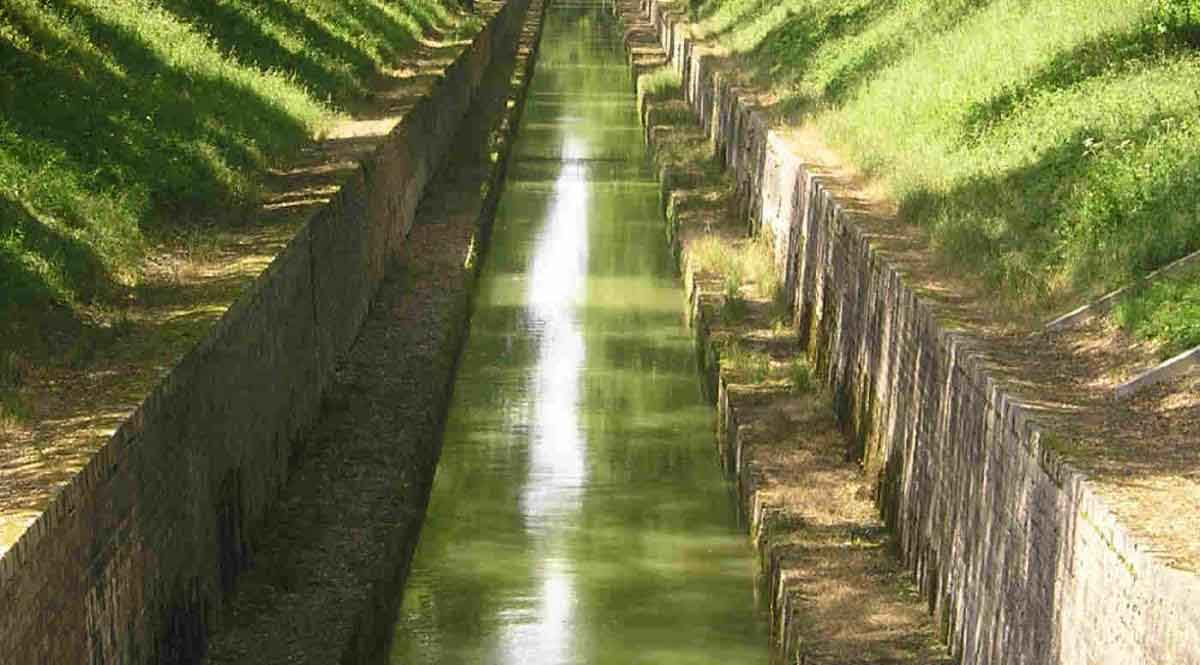 The summit of the Burgundy Canal

At the summit of the canal, a 3.33-kilometre long tunnel was built under the hills between the market town of Pouilly-en-Auxois and a tiny hamlet Escommes. The tunnel was carved in a straight line through the hills which separate the Yonne and Saone river valleys.

Key facts and figures about the tunnel

The construction of the tunnel was completed in 1832, finally allowing the passage of barges across Burgundy and for cargo to be transported from the north to the south of France.

If your cruise program takes you through the tunnel then you'll enjoy this. The bigger your barge the longer it will take to pass the tunnel. On small hire boats, the journey should last 40 minutes to an hour. For a barge of 30 metres long you should count 2 hours, however for a 38-metre barge consider 3 hours to accomplish the crossing.

The traffic is always in one direction. Traffic is regulated by the lock keepers at each end of the tunnel; ecluse 1 Yonne and ecluse 1 Saône. You must have permission from one of the lock-keepers to pass the tunnel & your boat must be equipped with lighting and life jackets. Hence you are not allowed through on canoes, rafts etc.

The tunnel is now equipped with lighting and has been renovated to meet European safety standards.

Construction of the tunnel

This tunnel is 3.333 kilometres long in a straight line, you must remember that at these times 90% of the work was manual. At its deepest section, there are 48 metres of land above the tunnel. The building of the tunnel began in 1826 and was terminated in 1832, the work was very difficult and dangerous, and quite a few workers lost their lives during the digging. The tunnel is ventilated by 32 wells, which climb to the surface; they were also used to assist in excavating the earth during the digging. the tunnels were added to the construction after a few years of operation after it was realized that the pollution generated by the steal boat tug was dangerous.

The Burgundy Canal Tunnel is wide enough for only one barge to pass at a time, so a traffic system has always been used, (managed by the lock keepers at both ends). There was no room for a horse to tow the barge, so they crossed over the hill along the tree alley where the wells can still be seen.

Meanwhile, until a tug system was developed, the men had to pull on a special cable and use gaffs to haul the barge through the tunnel. The first tug arrived on the canal in 1867, as the steam-powered vessel continued to pull barges through until 1893 when an electrical tug was installed.

The arrival of electricity changed the history of the canal and was an important step forward. The new “hydro-electric” tug could tow five loaded barges of 200 tonnes each or 15 empty barges. The electrical supply was supplied by hydro-turbines located beside the two highest locks on the canal. Here water from the canal drove the turbines by means of a sluice gate which generated enough power to produce 600 volts on a cable that was some 6 kilometres long.

The tug drew electricity from a cable above, which powered an electrical motor. This motor then pulled on a chain that lay on the canal bottom, which was fixed at both extremities of the pound. The tug could then pull the barges through. It would take between 1.5 to 3 hours to complete the crossing depending on the number of boats being pulled. Although the tug is no longer used, you can still see it if you visit the Burgundy canal as it remains in the small town of Pouilly en Auxois.

Old photos of the tunnel

The electric tug arrived in Pouilly en Auxois after passing through the tunnel and towing cargo barges. Dated 1921

This is a close up of the previous photograph. You can see the chain on which the electric tug pulled, and the metal arm that is touching the electric cables above.

The tug leaving Pouilly en Auxois, heading towards the tunnel and Escommes, dates from 1913.

The same bridge as in the previous photograph. The metal bridge crossing the canal is the railway. The bridge was blown up during the Second World War.

A very interesting photo taken in 1921, to the right is the electric tug, just behind is the steam-powered version of the tug, which was not kept in service for very long. The three barges that are cruising belonged to the "Company General de Navigation" from Paris, the barges are horse/mule-drawn.

Horse-drawn barges need very large rudders to maintain manoeuvrability as there was no thrust or energy from a propellor.

On this postcard, the entrance to the tunnel is dated 1903. The canal is frozen solid.
It's also interesting to notice the wooden poles to hold the electric cable which powered the tug.

Many thanks to Brigitte for the postcards.